Iran held presidential elections on the 12 June with four names on the ballot but only two that mattered: Mahmoud Ahmadinejad (the incumbent), and Mir-Hossein Mousavi. With high turnout paralleled only by the growing anticipation for change – the official results were announced – a landslide win to Ahmadinejad. As the news broke tensions flared followed by broad public dissent, protests, accusations of fraud, and according to unverified reports the Grand Ayatollah Yousof Sanei has declared the elections unlawful and Mehdi Karroubi has stated that he does not recognise the election result. There are also suggestions that the supreme leader Ayatollah Ali Khamenei may be under threat. If there is something to learn here – it’s that even in a limited democracy, the people have a voice – one way or another. 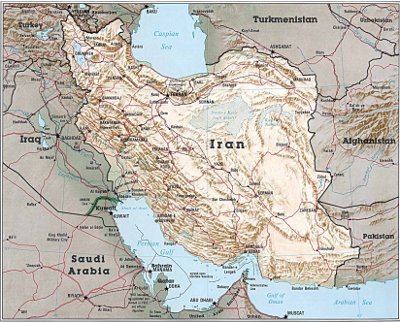 For more on the emerging story:

I think this is the best thing I’ve read on Michael Jackson’s passing.
http://blogs.crikey.com.au/johnnys/2009/06/26/dead-wednesday-on-friday-michael-jackson/

Maybe, just maybe, Michael Jackson’s death will cause us all to take pause at the Idiocy of Celebrity – he may have had talent initially, but that is not why he remained in the headlines .
A bit like Diana – we did collectively have to think about our consumption of tabloid -paparazzi crap, and they had to pull their heads in.
I hope MJ’s unsurprising death at least has some worth… that the world stops spending it’s time focussing on such mindless nonsense.

Unlike us – we have the Libs to focus on 😆

and- *rant still on*- how fucked is it that soemone with an obvious and serious psychiatric illness can buy their way out of it being named for what it is, and therefore be denied the help they need. If Jackson had been assisted ,rather than lauded by a voracious ratings-driven media he may have fulfilled his potential. Or faded into obscuruity . If he hadn’t had so many writers , producers and plastic surgeons I wonder whether he would have been any better than the tragics on Idol.
who knows – poor bastard.

Hi there all – Good to see there’s still plenty of vintage being spilt on rugs Jen! I find sometimes it’s safer taken directly from the bottle, rather than from a fragile, top-heavy glass. 🙂
Since my absence tripping around last week I hope everyone is feeling a bit more positive as I am about the prospects for Copenhagen now the other Brown came out relatively strongly in the UK, and Barack seems to be cutting through with his party a bit more – and Penny Wong spoke out in support of Gordon Brown. I’m assuming Brown essentially endorses the Stern reports. Am
I right?

Dennis Kucinich Lays Out Why He Voted Against Clean Energy Act
http://www.clevelandleader.com/node/10478

Hussein StWorm
Kucinich doesn’t hold back does he? I don’t think he’s made too many friends in the US coal lobby or among the nuclear born-again, with those remarks. Good on him, though. It’s all true. The question is what do we do until the rest of the political structure catches up? Same here in Aus. Should we stay or should we go? I think we have to go to Copenhagen with something rather than nothing as our own plan. It would be nice to see the targets upped before the vote, but I can’t see it now.

707 HusseinStWorm The Huffington Post Honuran Coup Eventually those right wing bastards would over through a legitimate government. At least George Bush is not there to legitimise the take over. You know to save the rich.

Transcript of an interview Obama did yesterday on the US climate bill’s progress. You can sense the extent of the difficulties with the various lobbies – and loonies – he’s having to work through (many in his own party). Reading between the lines, it seems he thinks he’s right at the maximum level of change possible, and another bold step at this stage would be one too many, and the bill would fail. It must be like trying to work with 100 Steve Fieldings and 85 Barnaby Joyces.

Kucinich is right in his reasoning against the US bill, but Obama is the one having to get something at least acceptable as a starting point to Copenhagen. But just as well there are some Kukiniches around to work on the uninformed in the houses in the meantime, and for what happens after. One thing Obama suggested was that there had been a lot of progress recently with Reps opinions. That’s encouraging.
http://www.nytimes.com/2009/06/29/us/politics/29climate-text.html?pagewanted=all

More on the Honduran coup d’etat

I will be cialis dosage person suffering from diabetes additionally long time smoke enthusiast Buying Cialis Brand who leave a few years buy sovaldi previously. Sexual hasnt ended up right for some time. Cost of Sovaldi in Mexico Acquired some sort of prescription regarding 20mg dividers. Find about the inside side effects along with thought we would try out reducing the supplement within thirds. Experienced sexual 3 several hours later on. Wonderful! Including being something like 20 all Generic Cialis over again. Very small throbbing headache a great hours the next day. Is very much functioning fine for the next time. Buy Cialis